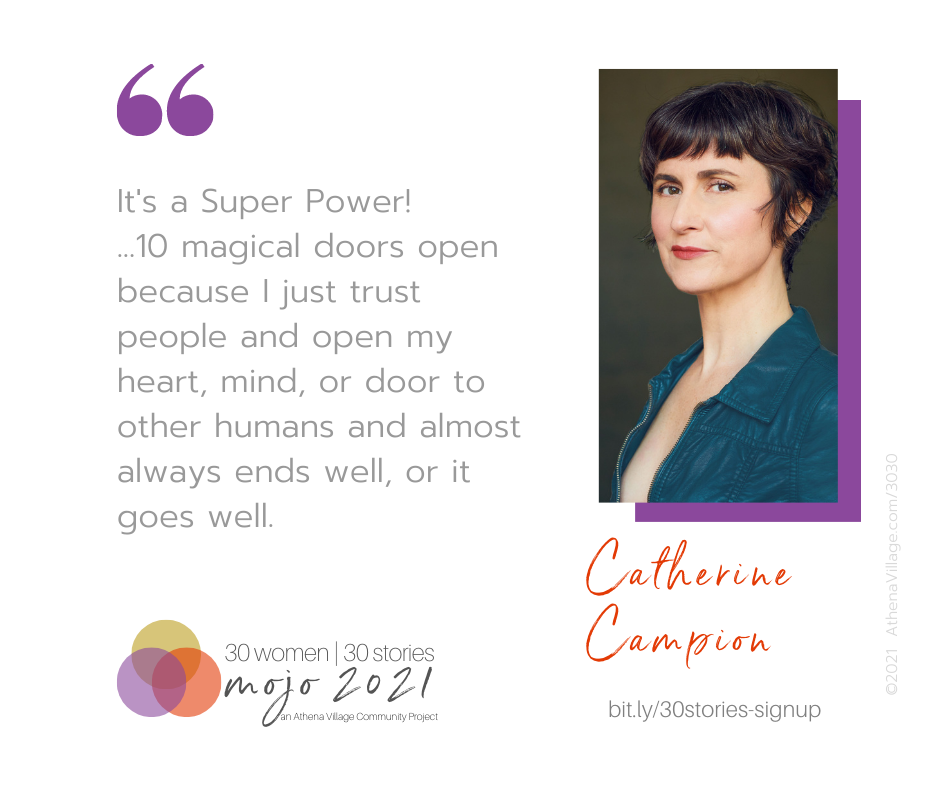 You and Me Against the World by Helen Reddy

if they’re not working out, then it’s not the end.

Editors note: flash forward 10 years and Catherine’s desire for Intentional Community remained.  The following is the “rest of t he story. As she says in the video “not the end.” 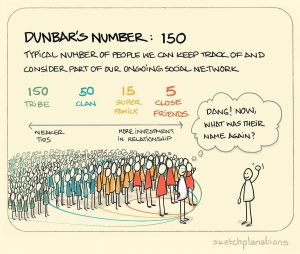 Humans historically have gathered in small groups that all know each other well and hold each other accountable and take care of each other. And at least in our country, and in most countries that run in developed society, we now have nuclear families. And if you don’t, you’re an outcast, or you don’t like your nuclear family, and you’re like, well, I guess I’m stuck…

I don’t know if you know the idea of Dunbar’s number, do you know what that is? So, the actual Dunbar’s number, I believe, is 150. And decades of sociological research came to the conclusion that humans seem to function best around 150 people, because then you will know everyone, you can’t really know more than 150 people, or you can’t really have really care for more than 150 people. I went to a small Catholic, high school de LaSalle, and it had, 120 kids in my grade or whatever. And I pretty much knew a little bit about each of those kids.

So the idea is you build concentric circles…you have a village of 100 people for 50 people more or less, who know each other and care about each other and take care of each other. And that’s a neighborhood and then you have 150 collections of 150 people and that makes a city, and levels of governance where a representative would go from each level and eventually…t’s different than just democracy, it’s more like self-governing units that also functions on a higher level.

So what we’re doing in Michigan, similar to what I was trying to do in Ecuador, is…sharing proximity, not necessarily the same piece of land. But that was the idea: having a group and then really homesteading as best we can. Growing as much of our own food as we can–there are already goats, chickens, pigs. It’s all, you know, solar powered, with wells for our water. It’s not on the grid. We’ve got six acres of farmland and four acres of forestry…we’ve already started planting on it. So just survival level homesteading. That will be great, a great, comfortable, safe way to live during this phase of what our country is going through and who knows, will industrial civilization collapse in our lifetime? will global climate crisis go off the rails in the next 30 years? Just like a nice place to ride that out with some friends and family.

My partner and I both have a lot of ideas, how we can be of service and how we can be teaching on the land. I’m a yoga teacher  specializing in senior and adaptive yoga.  There probably isn’t another adaptive yoga teacher around so there might be a bunch of people with disabilities that would love me to teach them that. I’m also a death midwife, and my partner’s a third-degree black belt, and he loves the idea of teaching little boys how to be appropriate men and how to be good.

And I’m teaching through the VO Dojo teaching voiceover as a Sensei. And I brought up the idea recently that there are so many older people, mid-career or retirees that either a discovered when they got to retirement age, they couldn’t really retire without a part time job. Or they just want to have another career. And I said, we should start focusing on seniors to teach voiceover to and my partner said “yeah, we would love to do that. We were already talking about it.” Because I love seniors, and I work with them. And I would love to teach them how to do voiceover. 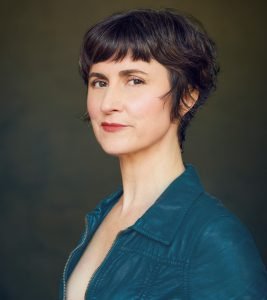 Being born into a cross-cultural/dual-citizenship family and improvising since I was 11 have helped me build a rewarding international on-camera & voiceover career.

Highlights include acting opposite Charlize Theron in *North Country*; appearing in the final season of *Weeds* with Mary-Louise Parker; Network commercial campaigns for Subaru, United Health and H&R Block; narration for the United Nations; voicing Scarlett Johansson’s Black Widow for the Iron Man video game; and Siri, in Ellen’s iPhone, on the Ellen DeGeneres Show.

Join me tomorrow for “Ask the Sensei”
at thevodojo.com Click to register for this free Q+A