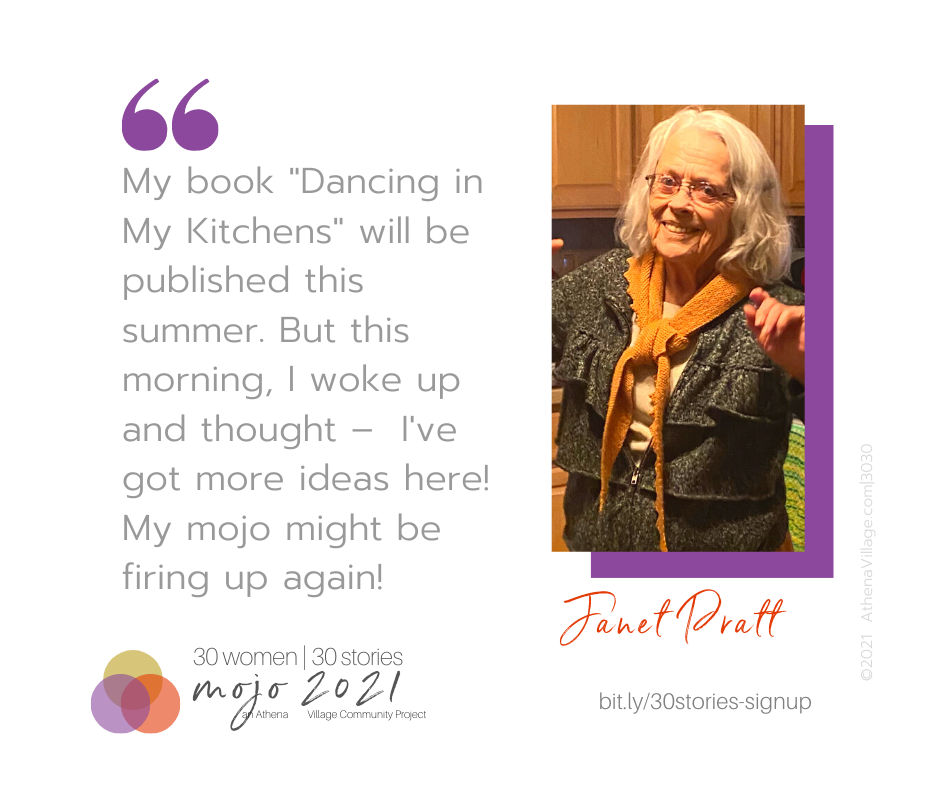 I love music and dance in my kitchen often.

fits with my mojo story!

All the talk about mojo got me thinking about the lessons we learn from the women in our lives, specifically, my mom.  Last year for our first 30 Women 30 Stories project, my Mom and I had a conversation around Mother’s Day.

Lot’s has happened since then, so I thought we’d check in with my her.  She’s survived a year of COVID sheltering-in-place and used that time to finish her book, “Dancing in My Kitchens” – “Advanced Reader” copies are now available and it will be published in early summer. Mom definitely has “mojo stories” to tell… – Kelly

Mojo, I think is energy, that little spark that gets you going. And something that you’re ready to do, but you haven’t started for some unknown reason. And there it is, and it gets you going.

Well, of course, Grandma, Pauline, my dad’s mom comes to mind. She had 11 children. Eleven! She lived in this tiny little house near Climax, Minnesota. I thought it was a grand house. You walk in the front screen door into the kitchen. There was this huge table because she had all these people that she had to feed. The rest of the house was big – maybe not big, but to me as a child, it was big. 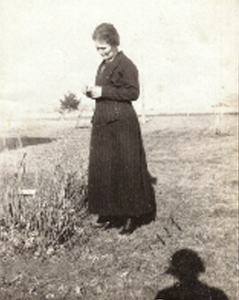 I really learned a lot from her. I was left there to stay for a while and when I was there, I watched her.  She didn’t sit down except with me to hold me in her lap once in a while, or to come out side with me to show me something.

And I thought, wow, she can really keep things together. My Grandpa was sort of frail, bent over and kind of grouchy. But Grandma, he was somebody else that she took care of.

I remember one day in particular. It was raining but he got it in his head that he needed to go outside. So she stopped what she was doing, comes over, puts on his galoshes, his big rubber boots and his old jacket. She puts on a cap and she says, “okay come on, come on.” She gave him her elbow, led him to the door, opened the door and he went outside.

Grandma was doing it all so calmly. I went to the window and there he is,  it’s raining, he’s sort of hunched over. He walked to the end of the little wooden walk. He stopped, and I saw him look up at the sky, the rain hitting his glasses. He looked down again. And he turned around and he came back to the house. I thought “Well, that’s not much of a walk.”

He knocked on the door, Grandma, helped him back in, took off the galoshes, the jacket, got him seated at the table. And that was it. She’s back in the kitchen.

That lesson for me was that it was part of a woman’s job to do everything.

I was watching this person do it all. She was taking care of him. She was cooking the dinner. She was baking bread. She was doing everything. And I was I was just amazed, absolutely amazed. She became a very important person in my life. She definitely had Mojo.

Now I’m thinking about my mother and what she did and how much I got from her. She also did it all. But, boom, now I was in the middle of it. I was the oldest child. And I was there with her as she was doing everything.

She was doing it all, but now I was doing part of it. So, I didn’t really look at her as being inspirational until now. Now, I think “Boy, that lady had grit.” She really did. My dad died when I was 9, my brother and sister behind me, she moved us to Fargo. She had  Mojo person.

On the Teachers who Inspired her 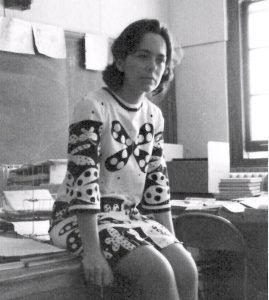 You know, I’ve been listening to some of the news that the teachers don’t want to go back in the classroom? Maybe a few, but that’s not generally true. Teachers want to be back there teachers want to teach.

When I was teaching I was laughed at when I said, in the coffee room, “I love this job so much, if I had enough money to live on. I think I do it for nothing..”

I think my teachers inspired me to be a good teacher. Now when I’m looking back,  I think I was a very good teacher. I really do because I did share myself like Dr. Cater did.

I left college to get married, [I was planning on getting my degree so] I took a few courses at NDSU. One of the classes was called Regional Literature taught by Dr. Catherine Cater. Dr. Cater was this wirey little black woman who was, oh my god, she was just so interesting.  She shared her own experiences from the South, where she had grown up. 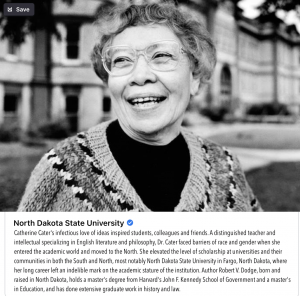 And oh, gosh, she was such an influence. And the next morning, after she shared this with us, she came into class and she said, “I want to apologize for being such a ham.”

And I thought oh, “Dr. Cater, don’t apologize. That was the best lesson I’ve ever had.”

And then there was Alice Olsen, my sociology teacher. She had so much energy and pep. What did we learn sociologically? I don’t remember that. I just remember Alice! She just got us interested in reading the newspapers, looking around and finding out what’s going on in Fargo. 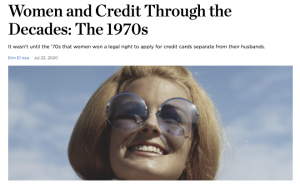 It wasn’t until the ’70s that women won a legal right to apply for credit cards separate from their husbands. [click to read article]

I was picking out carpet [for our living room in the late ’60s, early 70s]. I’d brought the carpet samples home and I chose the color. It came time to sign the contract, to pay the bill and I was going to put it on a time payment, I believe.

And they said, “you’re going to have to get your husband’s signature.” And I asked, “Why? I’m buying this.”

And she said, “Well, that’s just the policy of the bank. We need to have his signature.” Well, I kind of argued with them a little bit. And then I thought, Oh, what the heck, I’ll go get his signature. I know, he’ll sign it.  And so I did. And then I went back and got the carpet.  That angered me.

Even before that, I went to the bank to open a checking account of my own. I know a lot of couples share accounts, and do so very well, I guess. I wanted to have my own. I got a paycheck. I wanted to deposit it. I wanted the checkbook. I wanted to keep track.  Dick didn’t like that. He said “There’s no reason to do that. We’ve got a bank account. We don’t need it.” And I just said “oh yes, we do.”  And I did it. And so I had my own account!

Turning 40 and Getting My Own Car

The MG.  My sister’s neighbor had a little MG blue convertible. That was the cutest car you’ve ever seen. I saw the for-sale sign for $1200 (a lot of money for me – for anybody back then I guess) I said “oh gosh Dick, I think I’d really like to buy that MG. 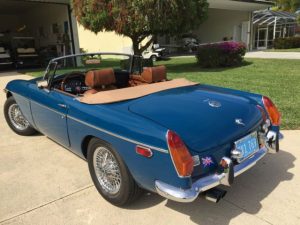 Well, he didn’t say anything. He kind of let me stew, thinking I might forget about it. But I didn’t forget about that car. So one day we were over at my sister’s and he said, “Oh, why don’t you go buy it?” And I thought why don’t I?

What were you investing in?

On COVID + Dancing in her Kitchen

So will I succeed? With COVID, if I had to sit at home and knit and watch TV and read novels, No, I won’t.  I still like to cook and stuff. But that’s not enough. It’s not going to be enough of a focus. 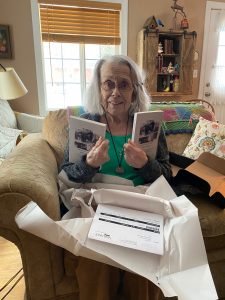 And that’s what pushed me over into really digging into the many, many, many journals that I’ve kept over those decades. And looking at the past, the history of it, and wanting to put it all down.  I thought, there are things that I have done in my life that might be helpful to others, to other mothers, young and old. When you’ve lived 85 years. You’ve seen a lot.

I wanted to share it. That’s how I got started.

Your book, Dancing in My Kitchens, is at the Advanced Reader stage now. And you’re planning on publishing it in early summer.. That’s a big milestone for you.

Yes. But it won’t be the last one. Knowing it was going to be published, almost took me down into depression again. But no, I couldn’t quite do that.

Then this morning, I woke up and thought I’ve got some ideas here. My Mojo might be fired up again [laughs].

So we can expect another book maybe from you.

Yeah, but it won’t be research or history or anything personally revealing. It’ll be a novel. 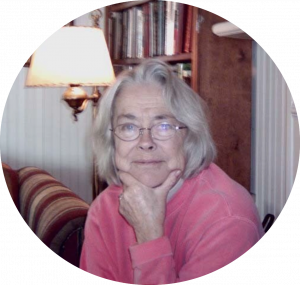 Janet is a retired English Teacher and hight school guidance counselor.  She lives with her husband of 65 years in a little home in Detroit Lakes where she’s hoping to add on a “room of her own.”  When she’s not writing in one of her hundreds of journals, she’s knitting, hanging out with her Daughter Kari, granddaughter Naomi or Mary, her BFF and fellow writer.

If you’d like to be an advanced reader of DANCING IN MY KITCHEN’S contact Janet at janetpratt@iclould.com.