The Dark Side of Social Media by Tana Gygi

It’s no secret that the future of social media is…illusive. As an ex-social media manager, I often told my clients to think of Instagram and Facebook as their needy friend or significant other. (Cringey, but it works. Trust me.) Their mood is constantly changing, the amount of attention they want is constantly changing, and how often they want to be interacted with and how they want to be interacted with is always changing. It’s cheesy, but the analogy always works. 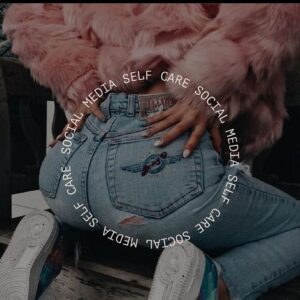 The world of social media is literally always evolving. Algorithms are shifting, community guidelines are updated regularly, but the one thing that you can count on is the amount of time needed for the platform. I believe that the amount of time needed for these platforms will never “decrease.” The platforms (Instagram, Facebook, TikTok) and the companies that advertise on them all grow and sell more the more we, the consumers, are on the platform. Why would they want us to be on it less?

The Reality of Social

To my clients and the average social media user, not much had changed for them. Instagram was still mostly a photo-sharing platform, TikTok was still a new-ish concept, and Facebook was still a source of income and lead generation, despite what your family or old classmates may have said to you during the election. However, internally, social media has vastly changed.

What you didn’t see behind the scenes during was the stringent community guidelines Facebook instilled in the midst of the election, causing worldwide shutdowns of thousands, if not millions, of businesses’ ad accounts and pages being banned altogether due to these new guidelines. The guidelines were deemed to be in everyone’s best interest, despite the lack of preparedness in notifying businesses, the money lost in potential income for said businesses, and advertising abilities revoked. I don’t mean to be all doom and gloom here, but for me, it felt like social media went from being a platform that was meant for work and play, but after the new guidelines, the platforms felt foreign and had new rules to live by in the blink of an eye.

I soon began to read the fine print of Facebook’s community guidelines and best practices, reading and researching every resource I could find on Google about the new changes, and talking with other social media managers around the world experiencing the same problems for their own clients.

The realization was that the new “rules” were more than just rules. They were a sneaky form of censorship.

I found out that everyday words and tried and true advertising tactics were banned and the way that nearly every business had been marketing themselves online was no longer accepted.

This is when I came to accept the “dark side of social.” My beloved social media platforms were no longer happy-go-lucky places to market my client’s businesses, chat with friends, and share photos. We were all suddenly walking on eggshells.

A Change of Mindset
So, what did I do? I let myself sulk for a few weeks, but then I accepted that my job wasn’t changing, but my mindset would. I realized that so many of us are living in fear of Facebook (and other platforms) because of their sneaky data tracking, misinformation, etc., but, regardless, they were still one of the best ways to market a business.

My goal became to help other entrepreneurs shift their mindset around the “dark side of social” and to look at it in a brighter, more strategic light.

I encourage you to look at it as a tool, or a game like Sims. You’re given this tool (your profile) and you’re able to share your services, products, and personality and that content stays there FOREVER. The trick is thinking of this positively. While social media is most definitely not the only marketing tool, it’s an important one. I’m excited to continue sharing tips + information surrounding this topic to encourage others in their relationship with social media. 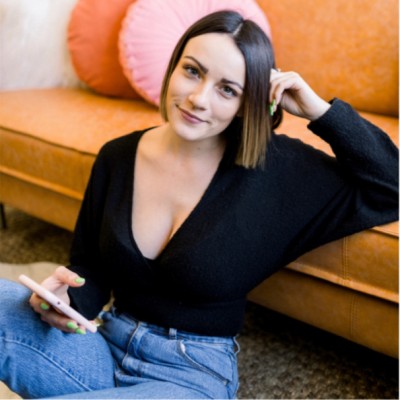 Founder and Lead Dreamer, The Social Age
Acting as a mirror for soulpreneurs who want to brand themselves/their biz + build their website