Have we come a long way, baby?? “THIS CHANGES EVERYTHING”

I recently watched THIS CHANGES EVERYTHING, a documentary with Geena Davis and her Geena Davis Institute on Gender in Media [https://seejane.org/] 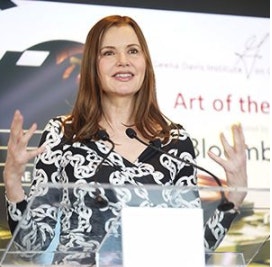 Remember the kids books in the 50s? See Dick. See Jane. I just felt like, you know, we see Dick all the time.  I just wanted to see more Jane.
– Geena Davis

The film is told first-hand by some of Hollywood’s leading voices behind and in front of the camera, THIS CHANGES EVERYTHING is a feature-length documentary that uncovers what is beneath one of the most confounding dilemmas in the entertainment industry – the underrepresentation and misrepresentation of women.

When Davis she had a child, she started noticing that there weren’t many girls in the media she was watching with her daughter. And when she’d ask about it at meetings with Studios, was told “oh, we’ve fixed that already.” So she decided to get the DATA!

This documentary takes an incisive look at the history, empirical evidence, and systemic forces that foster gender discrimination and thus reinforce disparity in our culture. The film seeks pathways and solutions from within and outside the industry, and around the world.

Even though 50% of the world’s population is female, the male representation was far greater in the film industry (after the invention of sound). For example,

The film also showed many examples listed of sexual objectification of women on film. For example, in another study, in G-rated films, female characters were 3x more likely to be sexualized than men.

And it is all based on facts and data. 👍

BELOW IS THE TRAILER… 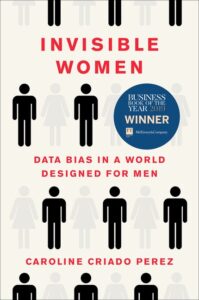 Also check out the book INVISIBLE WOMEN. Haven’t read it yet, but it’s getting great reviews and there’s more DATA to show that we still have a long way to go.